Can the Issue of Invoice Reimbursement in China be Solved Completely through the Integration of Blockchain and IoT Technology?

In order to achieve the automatic and non-inductive reimbursement of invoices and eliminate the various inconveniences as well as risks caused by artificial reimbursement, this paper creatively combines blockchain technology with electronic invoices.

ABSTRACT In order to achieve the automatic and non-inductive reimbursement of invoices and eliminate the various inconveniences as well as risks caused by artificial reimbursement, this paper creatively combines blockchain technology with electronic invoices. This system realizes interactive flows of paperless invoice for each node from consumption, reimbursement to tax payment through the blockchain network system. Based on the Internet of things technology, the off-chain data can be automatically processed and connected to the on-chain seamlessly. Meanwhile, using a dual-chain structure ensures the subsequent identification and business separation. Through the combination of theory and technical framework, the non-inductive invoice reimbursement system is constructed to reduce the overall reimbursement costs and promoting the improvement of the taxation system in China.

Figure 1. Comparison between Chinese and American taxation systems The United States has a relatively perfect tax system. Its tax authority is highly decentralized with no compulsory affiliation between central and local political economic institutions. Independent levels of government power can implement local tax policies and reduce tax collection and management costs [2]. However, in China, central tax authority controls local and local belongs to central, which forms a tax system with a highly connected relationship. The United States also has an extremely sound tax collection and administration system. Firstly, the universal implementation of tax declaration in the United States. Secondary, social specialization of tax audits. Thirdly, formulating strict and comprehensive laws to achieve taxation by law [2]. While in China, problems cannot be reported in accordance with normal procedures due to operational errors and they have to be resolved by the local tax bureau. Additionally, although China has formulated relevant laws to ensure taxation, there still exist problems that law enforcement officers are lax in law enforcement, taking bribes in secret. What’s worse, there are even improper interference of local governments in tax enforcement. Thirdly, the relevant laws and regulations are not perfect, which leads to the criminals have chances. The majority of taxpayers in the United States are individuals. Personal income tax is the main federal government revenue, while the main taxpayers in China are enterprises or organizations. Value-added tax and consumption tax are two main tax categories which are considered. There is an extremely important relationship between the issuance of invoices and taxation. Invoices are valued as the basis of inspection and revenue coming from valid documents such as invoices is the basis of taxation when the tax authority confirms corporate incomes or expenses. In order to solve the problems happening in present taxation in China, the first step is to improve the existing invoice system.

In summary, issuing invoices and reimbursement take a lot of time. Meanwhile, there exist problems that complicated processes, difficulty to keep vouchers, and hard to remedy. All problems mentioned above are difficult points in the practical application of traditional paper invoices. 2.2 Development Status and Pain Points of Electronic Invoices Electronic invoices are receipts or payment vouchers in the form of data message, which are the new form of invoices that follows the paper invoices. With the rapid development of technology, electronic invoices have become the main force used in taxation business. Take China as an example, invoicing companies have grown rapidly from less than 50,000 in 2016 to nearly 300,000 nowadays. The invoicing volume has also soared from less than 500 million copies in 2017 to nearly 2 billion in 2018 [3]. On November 26th , 2015, the State Administration of Taxation issued《The Announcement on Issues Concerning the Implementation of Electronic General Value Added Tax Invoices Issued through the Electronic Value Added Tax Invoice System》 [4], which standardized and unified the electronic invoice. At present, electronic invoices are widely used in various fields. For example, there exist options for issuing electronic invoices in software such as Didi Taxi, which is convenient for users to download and print invoices for financial reimbursement. However, even though the birth of electronic invoices is a progress across the ages, it still has several serious problems. Firstly, electronic invoices can be printed indefinitely. Consumers can print e-invoices through clients or machines but printed e-invoices can only be prevented to be reused by specific codes. Secondly, it is difficult to check the authenticity of electronic invoices, which are saved in the form of files when changing the relevant information through the technologies such as photoshop. Thirdly, when there are bugs in the tax system, it is more difficult to check the information. In conclusion, while electronic invoices bring convenience to life, they also waste a lot of labor costs and time costs currently.

Figure 4. The features of blockchain

Figure 5. The open and transparent process of issuing invoices realized by blockchain technology

Figure 6. Non-inductive reporting and tax deductions link based on blockchain 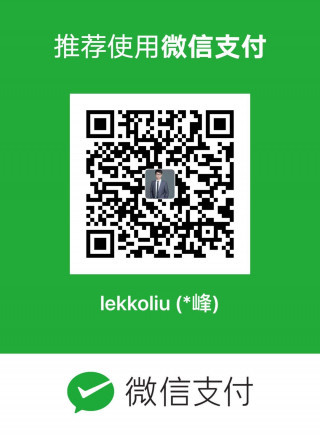